These are the innovative thinkers who've backed us from the beginning and continue to support our mission to build a safer, easier, modern solution to leisure boat navigation worldwide. 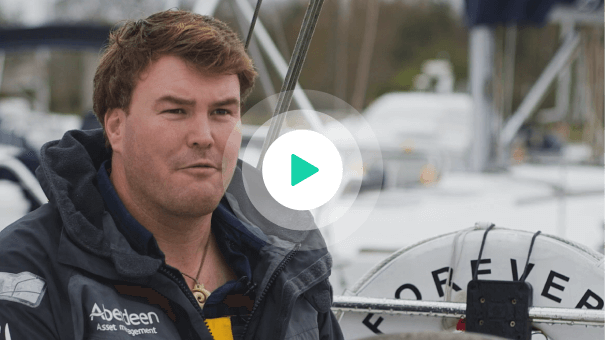 Our team of ambassadors have incredible stories from their sailing adventures around the world. Here we share them with you. Thank you to our ambassadors, we couldn't do it without you.

Ian Herbert-Jones is an entrant in the 2022 Golden Globe Race who bought Istvan Kopar’s Tradewind 35 class yacht, Puffin! Like many of the sailors, Ian has been inspired over the years by the stories of the great adventurers such as Joshua Slocum and Earnest Shackleton, as well as the stories of Sir Robin and Bernard Moitessier in the original Golden Globe Race.

“When I first heard of the new edition of the GGR back in 2015 I was immediately drawn to this amazing adventure, work, life and family commitments meant that 2018 could not happen for me, but as the race began to unfold, I resolved to make taking part in 2022 a reality”.

In December 2021, One Ocean Crew will race in a rowing boat across the Atlantic Ocean. Covering more than 3,000 miles from La Gomera, Canary Islands to Antigua they will be completely self sufficient, powered only by strength, grit and determination. The race will be relentless; rowing 2 hours on, 2 hours off 24 hours a day whilst facing salt sores, sleep deprivation and the elements - it is no surprise that more people have been into space than successfully rowed the Atlantic.

As ambassadors for savvy navvy One Ocean Crew are using the savvy boating app to monitor their position as well as check the weather and tidal conditions for their training.